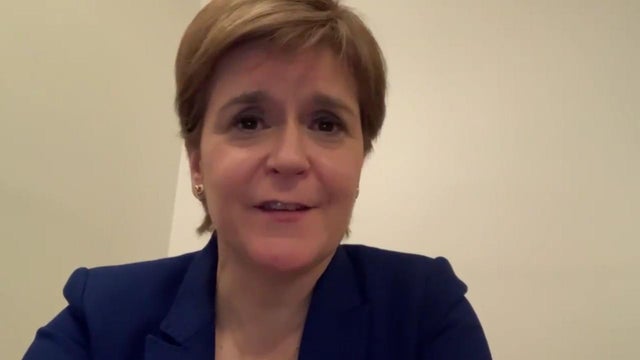 Last night, the Scottish Government came under attack for tabling an amendment to the Hate Crime and Public Order (Scotland) Bill to protect “discussion and criticism” of transgender identity.

Trans activists within the Scottish National Party accused the government of legislating for ‘transphobia’ and several, high-profile activists publicly quit the party.

In response to this, First Minister Nicola Sturgeon posted an unscripted video decrying transphobia and urging activists to “come home”.

However, the amendment was welcomed by women’s groups and leading SNP figures who have stressed the need for clear free speech protections on trans issues in legislation.

There is concern that legitimate debate and disagreement on issues such as gender recognition reform could result in critics being accused of committing an offence under the Hate Crime Bill.

Spokesman for the Free to Disagree campaign Jamie Gillies said conflict over the Government’s amendment shows the hate crime proposals are “unworkable” and called for them to be scrapped:

“The fierce debate on the content of freedom of expression provisions in the Hate Crime Bill – particularly provisions aimed at protecting discussion and criticism of transgender issues – shows just how toxic the proposals are.

“There are two irreconcilable positions here. On one hand, women’s groups want explicit protection for criticism of transgender identity and policy proposals that they consider to threaten women’s sex-based rights. On the other hand, trans activists oppose any suggestion that transgender identity should be criticised or disputed. They hold that merely questioning trans identity is ‘abusive’ and ‘hateful’.

“We’ve said from day one that the Hate Crime Bill feeds directly into the ongoing culture wars and creates real dangers. Political activists could easily allege the ‘stirring up of hatred’ following mere criticism of their ideological stance. The idea that police officers and prosecutors could be dragged deeper into the culture wars as arbiters of political opinion is chilling.

“The solution to this problem is clear – ditch the controversial stirring up hatred offences. This would not undermine protections for victims of hate crime. Laws already exist to punish crimes motivated by hatred and other parts of the bill consolidate these laws. Women’s groups and trans activists can’t agree on much. Perhaps, though, they can agree on the need to scrap these unworkable proposals.”